Google Inc (NASDAQ: GOOG), There have been rumors in the market about Google turning to Wall Street for their new finance chief and all of it turned out to be true with the hiring of Morgan Stanley’s Ruth Porat. 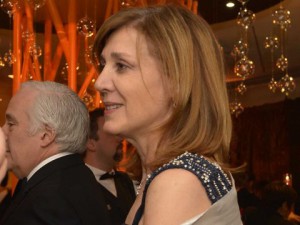 Ms. Ruth Porat, 57, is an investment banker on deals of technology who has also served past five years as Morgan Stanley’s finance chief. She led the firm to steadier ground following the financial crisis, shrinking the balance sheet, shedding some risky activities and doubling down on a wealth-management division that promises stable profits.

On Google, she replaces Patrick Pichette, who said earlier this month that he would retire after almost seven years as finance chief. Google said Ms. Porat will start on May 26.

Her move traces a well-worn path. Wall Street employees, from junior ranks to bright stars, have migrated to Silicon Valley in recent years amid a technology boom and new rules constraining financial firms.

But few banking executives as senior as Ms. Porat have made the shift.

“After a 28-year career at Morgan Stanley, Ruth Porat has decided to leave the firm to take on a new role in Silicon Valley and return to her California roots,” Morgan Stanley Chief Executive James Gorman wrote in a company memo. “It is with a heavy heart that we see her go.”

Ms. Porat grew up in California and earned a degree from Stanford University. During an earlier stint at Morgan Stanley, she served as co-head of investment banking to technology companies and helped bring Priceline.com Inc., eBay Inc. and Amazon.com Inc., among others, public in the 1990s.

Ms. Porat also advised on some of Morgan Stanley’s highest-profile assignments during the financial crisis, including the government takeovers of Fannie Mae and Freddie Mac., and worked with the Federal Reserve on its rescue of insurer American International Group Inc.

She almost left the investment bank two years ago as a candidate to be the deputy Treasury secretary but told the Obama administration she wasn’t interested in the position. The Wall Street Journal previously reported that her interest declined after she saw the grilling Treasury Secretary Jacob Lew received during his Senate confirmation hearings.

Google declined to comment, or to make Ms. Porat available.

In a memo to Morgan Stanley employees, she wrote, “It is now time for a change for me, and back to the future to another place that is creative, energetic and fun. It is a big move to dramatically different scenery and a new focus, in the same neighborhood where I grew up and went to school.”

She arrives at Google during a rare moment of investor unease, at a company whose stock has risen nearly seven-fold in less than 11 years as a public company. Over the past 12 months, Google shares are essentially flat, compared with a 19% rise in the Nasdaq Composite Index. Wall Street cheered her selection, driving up the company’s shares up 2% on Tuesday.

Google’s net profit margin has slipped, to 22% in 2014, from 26% in 2011, before it bought the mobile-devices division of Motorola Mobility Holdings Inc. (Google sold the unit last year to Lenovo Group Inc.)

“Google is becoming a conglomerate, which is kind of the antithesis of financial discipline,” said Brian Weiser, analyst at Pivotal Research Group. He pointed to expensive investments in areas like YouTube, which carry lower margins, or Internet access that aren’t core to Google’s advertising business.

In its press release announcing Ms. Porat’s hire, Google highlighted her record of fiscal discipline at Morgan Stanley. “As CFO she helped improve resource optimization across different businesses through better capital and funding allocation, as well as expense reductions.”

Some investors also want Google to distribute some of its cash through buybacks or a dividend.

“With $65 billion in cash, the question is how they are going to put it all to work,” said Kevin Stadtler of technology investment firm Stadtler Capital Management LLC, which owns Google shares, and praised the hire. “When you have a Wall Street CFO entering your business, you will have a very efficient capital structure.”

But Mr. Weiser said those pleas may be “pushing on a string,” since co-founders Larry Page and Sergey Brin control the company through super-voting shares and view the cash position as providing strategic flexibility.

At the same time, Google’s top brass is engaged in a fierce war for talent in Silicon Valley, and has long used its richly valued shares as a way to attract and retain employees.

Ms. Porat is known as a strong advocate for women in the investment and corporate worlds. She’s one of the hosts of Morgan Stanley’s Executive Women’s Conference, which brings together female bankers, investors and executives for two days annually in New York City.

Judy Brown, CFO of Perrigo Co., has attended an annual dinner Ms. Porat hosted for female chief financial officers at the 21 Club during this year’s conference, on March 10. Ms. Brown said there were 10 to 20 other women CFOs in attendance. She declined to name them but said they included executives from technology, media, utilities and retail sectors.

“The events themselves involve substantive conversations about pressing geopolitical issues,” said Ms. Brown. She said past topics have included discussions of large corporations’ stance on minimum wage, for example. “It’s a great way to have an open dialogue about these topics.” 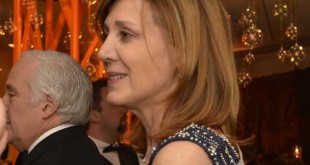