According to a recent survey, Germany has reported continuous rise in sales for five months in a row which have increased their figures of sale to an all-time high since July 2014. 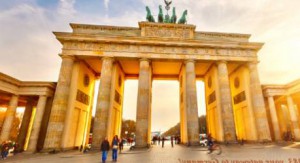 CESIfo’s business climate index, Referring to a monthly survey of about 7,000 firms, climbed to 107.9 in March from 106.8 in February. It beat the Reuters consensus forecast for 107.3.

In a positive signal for the euro zone, French business morale is also on an upward path – firms in the euro zone’s second largest economy were at their most upbeat in nearly three years in March, data showed on Wednesday.

The Ifo survey showed German firms felt more upbeat about the current situation than in February and also more optimistic about their prospects for the next six months.

“Strong growth in the fourth quarter of 2014, combined with low energy prices and the weak euro exchange rate have boosted confidence in the economy,” said ING economist Carsten Brzeski.

“However, before getting overly enthusiastic, one should keep in mind that hard data at the beginning of the year were less impressive than soft data. Moreover, today’s Ifo index is still only slightly above its average of the last five years.”

The German economy skirted a recession in mid-2014 but bounced back with 0.7 percent growth in the fourth quarter thanks to strong domestic demand, which is being driven by record-low joblessness, rising wages and cheaper oil.

Ifo economist Klaus Wohlrabe said Europe’s economic powerhouse would likely grow by almost as much in early 2015 as in the October-December period.

Cheap energy, the weak euro and the European Central Bank’s bond-buying program look set to continue boosting the euro zone – which had a brighter start to the year – for some time but it is not clear how durable the bloc’s recovery will be once those sources of help fizzle out.

The Ifo survey showed improvements in the German retail, wholesale and manufacturing sectors while sentiment in the construction sector deteriorated.

Recent data has been largely upbeat and the German government has forecast growth of 1.5 percent for this year after 1.6 percent in 2014 but some institutes have revised their forecasts up to more than 2 percent.

McDonald’s Corp (NYSE: MCD), To explore the possibilities in business, McDonald’s has shifted some power to …