It has been lately revealed by researchers that global warming caused by men shall have a negative effect on eco system and also has led to slow down of the system of Gulf Stream. 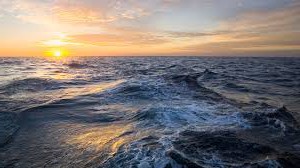 An Atlantic Ocean overturning was one of the Earth’s most crucial heat transport systems, pushing warm water northwards & cold water southwards. Also known as the Gulf Stream system, it is responsible for the mild climate in northwestern Europe.

The Scientists have now found the evidence for a slowdown of overturning, couple of lines of observation suggest that in recent decades, the current system has been weaker than ever before in the last century, or even in the last millennium. The gradual but accelerating melting of the Greenland ice-sheet, caused by man-made global warming, is a possible major contributor to the slowdown.

The recent changes found by the team are unprecedented since the year 900 AD, strongly suggesting they are caused by man-made global warming.

The Atlantic ocean overturning driven by differences in the density of the ocean water. From the south, the warm and hence lighter water flows northwards, where the cold and thus heavier water sinks to deeper ocean layers and flows southwards.

The perceived chilling in the North Atlantic, just south of Greenland, was stronger than what most computer simulations of the climate have predicted so far.

The cooling above the Northern Atlantic would only slightly reduce the continued warming of the continents. The scientists certainly do not expect a new ice age. However, it is well established that a large, even gradual change in Atlantic Ocean circulation could have major negative effects.

If the circulation weakens too much it can even break down completely, the Atlantic overturning has for long been considered a possible tipping element in the Earth System. This would mean a relatively rapid and hard-to-reverse change.

The latest report by the Intergovernmental Panel on Climate Change (IPCC) estimated that there to be an up to one-in-ten chance that this could happen as early as within this century. However, expert surveys indicated that many researchers assess the risk to be higher.

Previous Engineered food shall save people from starving, say Scientists
Next Bad effect on the fetus in womb if smoking is not avoided