Good News as two vaccines have been discovered against Ebola

This is quite good for the humanity that two vaccines have been discovered against dangerous chronic disease Ebola. This is a mile stone in vaccination history. 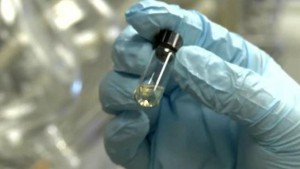 The latest, unprecedented epidemic of the disease has killed more than 10,000 people since it first emerged in early 2014 in west Africa, mainly in Liberia, Sierra Leone and Guinea.

The test is continuing by raising the number of subjects to around 1,500 people, and also to include a higher proportion of women, which is currently about 16 percent, the US agency said in a statement. The test is aimed at determining how effective the vaccines are.

There will be a follow-up period of at least one year. Two more blood samples will be taken from all volunteers at six and 12 months post-vaccination to ascertain how durable the immune responses are.

Researchers had planned to enlist 27,000 people in Liberia at risk of Ebola, such as health care workers, for the phase 3 portion of the trial.

But in Liberia there has been only one new confirmed case of the disease since February 19 of this year. So the leaders of the trial have decided to explore the possibility of extending the testing to other sites in other west African countries where infections continue to emerge.

Another phase 3 trial began in early March in Guinea with the VSV-EBOV vaccine of NIAID and GlaxoSmithKline.

As it stands today, there is no treatment or vaccine authorized to fight the Ebola virus, and the World Health Organization has given the green light to speed up clinical trials of promising vaccines against the disease.

Scientists say it is not known what level of immune response is needed to protect people against the virus.

Previous Temperature recorded at Antarctica with highest warmth ratio
Next Which dark material passed our galaxy, has excited Scientists