In the past, the famous American senator was found discussed on the global warming issue showed him tagged with the role of modern Galileo. 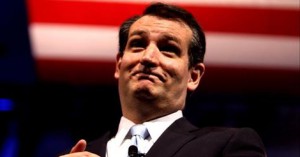 The Climate deniers tend to get a slightly defensive when they are asked to justify their willful rejection of the evidence. They generally do not, however, compare themselves to Galileo.

Ted Cruz is a modern day Galileo, according to the Texas Republican senator and newly minted presidential candidate.

In an interview with Texas Tribune political reporter Jay Root, Cruz likened criticism over climate change denial to the persecution that 17th century scientist Galileo faced for defying mainstream beliefs of his day. The right-wing senator, who did not appear to be kidding, argued, “What do they do? They scream, ‘You’re a denier.’ They brand you a heretic. Today, the global warming alarmists are the equivalent of the flat-Earthers. It used to be [that] it is accepted scientific wisdom the Earth is flat, and this heretic named Galileo was branded a denier.”

The general assessment of Cruz is that he’s smart, but abrasive. Read any profile of the senator and it tends to paint a picture of a man who brings a sharp intellectual rigor to his work, but who struggles in politics because he’s extreme, unlikable, and at times even obnoxious.

But these latest comments on science suggest it’s probably time for the political world to reconsider assumptions about Ted Cruz’s intellectual acumen.

Just on the surface, Cruz’s argument is burdened by poor logic – but by his reasoning, anyone who rejects the consensus of the scientific canon should be seen as a rebellious hero worthy of celebration. It becomes a handy get-out-of-stupid-jail-free card, to be played whenever convenient.

Random guy: I believe rainbows are created by magical mirrors in the sky!

Random guy: Call me a heretic if you will, doc, but I’m just like Galileo!

Philip Bump published a more detailed fact-check, noting, among other things„ “Galileo came along well after people knew the Earth was round. People had sailed around the world before he was born! His conflict with the church was that he said the Earth revolved around the Sun, instead of the opposite. (Actually, his conflict with the church was probably more about his views on transubstantiation, but that’s a different topic.) Galileo challenged the orthodoxy based on evidence collected through science.”

The next time Cruz is described as a brilliant conservative with a towering intellect, let’s keep this little incident in mind.

Off the Coast of Africa, Some seals were seen hunting Great White Sharks. These seals have …