Over 25,000 People in the United states dies every year with Liver Cancer, but you can easily avoid the risk of liver cancer by taking three cups of coffee a day. As per the latest study it was found, Caffeine help to avoid Major cancer risk. 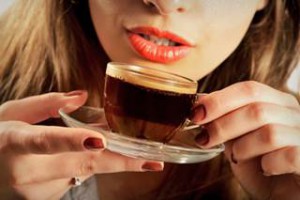 Consuming Caffeine helps to reduces the risk of liver cancer, not only that but also of multiple sclerosis, Alzheimer’s disease and Parkinson’s disease.

Researchers not yet aware why coffee seems to keep tamed these conditions, but as indicated by this new study, the rates of cancer were 29% lower in coffee drinkers when contrasted with non-coffee consumers.

A study said that while drinking alcohol can significantly increase the risk of liver cancer, the risk is much higher for people devouring more than three drinks every day.

Study had demonstrated that more than two alcoholic drinks every day mean an increase of the risk of breast and esophageal cancer. The researchers who conducted study examined data of 34 different research groups, which involved more than 8.2 million people from all over the globe.

Major Risk of Liver cancer is a disease that is on the ascent in the United States. About 69% of Americans are presently overweight or obese, as per the Centers for Disease Control and Prevention.

“This is the first time there’s been such an obvious sign from a thorough, systematic review on the connections between obesity increasing risk of liver cancer and coffee reducing risk,” said Stephen Hursting, Ph.D., M.P.H., a scientist at the University of North Carolina at Chapel Hill.

Data of study carried out by physicians from the World Cancer Research Fund International’s Continuous Update Project (CUP), in association with the American Institute for Cancer Research. The study gathered information from 24,500 cases of liver cancer.

Researchers also claim that there is strong evidence that being obese or overweight increases the risk of the disease. One more factor that raises the risk is devouring foods polluted by a kind of mold called aflatoxins. Aflatoxins can form on improperly stored food basically in warm climates and can contaminate cereals, peanuts, spices, dried fruit, chilies and black pepper.

Exercising Patient in ICU can get Faster Recovery