Mercury is Heavily Dark due to Dust of Comets

A recent study explains why Mercury is Heavily darker than almost all the other stellar objects at solar system, including our moon. It turns out mercury is dark due to dust of comets that pass by near the Sun. 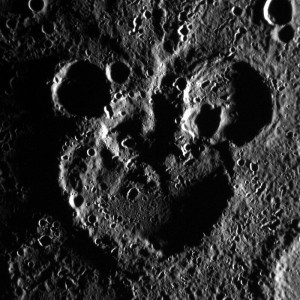 About 4 years ago, Reasearchers said they have discovered the darkest planet ever. The planet with a not-so-catchy name TrES-2b is believed to be very darker than coal — but this celestial object located 750 light years from us is not like Earth. TrES-2b is more like a Jupiter with dark color, and some red strips on it.

Cometary dust is composed of around 25 percent carbon, and the frozen bodies often break apart as they travel closer to the sun. This suggests that Mercury would likely be exposed to large quantities of the material over the course of billions of years.

For study, team of researcher created a model to simulate the dimming effects passing comets could have by sprinkling dust on a planet. They concluded that billions of years of dusting Mercury would have “painted [it] black.”

“If we could see it up close it would look like a near-black ball of gas, with a slight glowing red tinge to it—a true exotic amongst exoplanets,” says David Kipping, the lead author of the study about the gas giant published in 2011.

But the TrES-2b’s darker color still remains a mystery, and it should come as no surprise, this planet is [insert euphemism here] so very far away from us.

And speaking of distance, and darkness, a new research sheds light on one of the biggest mysteries surrounding Mercury, a planet 48 million miles away from Earth. In case you’re not aware, Mercury is the closest planet from the Sun in our Solar System, and yet, it has darker surface than other objects in the inner solar system.

Published in the journal Nature Geoscience, scientists revealed details as to why the surface of this ball of rock is darker than usual. As the title of the study implies, “Darkening of Mercury’s surface by cometary carbon” is a research about how the planet Mercury has acquired a surface that reflects less light than other objects in our system — and it’s because the planet has been receiving carbon dust from comets.

Since Mercury’s formation billions of years ago, scientists theorize that the planet has been receiving more “darkening agent” from comets. “The delivery of cometary carbon by micrometeorites provides a mechanism to darken Mercury’s surface” says the research’s abstract.

“We estimate that 50 times as many carbon-rich micrometeorites per unit surface area are delivered to Mercury, compared with the Moon (of the Earth),” it added.

Comets are tiny objects composed of rocks, ice, dust, etc, and considered “leftovers” from the formation of our Sun, and the rest of the solar system. When comets approach the Sun, they would often start to break apart. Mercury being the closest from the Sun, is more likely to receive dust containing the darkening agents. Dust from these comets is composed of as much as 25 percent of carbon by weight, says the new research.

Co-author of the study, Megan Bruck Syal, said she had created a model to estimate comet dust delivery on Mercury, and found that its surface should be anywhere from 3 to 6 percent carbon after billions of years of bombardment.

After that, Bruck Syal and her colleagues have to simulate the delivery using the NASA Ames Vertical Gun Range. This indoor system from NASA can simulate asteroid and comet impacts, allowing scientists to make better calculations.

The team simulated Mercury’s encounters with dust-delivery comets by launching projectiles in the presence of sugar, an organic compound that mimics the organics in comet material. The heat produced by the impact of the object had burnt the sugar, and the process has produced carbon.

The team fired projectiles to simulate impacts on lunar basalt, the rock that makes up the dark patches on Earth’s moon.

“We used the lunar basalt model because we wanted to start with something dark already and see if we could darken it further,” said Brown University professor Peter Schultz, a co-author of the new research.

Their experiments using NASA’s system showed that tiny carbon particles become deeply embedded in the impact melted material. This process was able to create a surface that reduce the amount of light reflected by the target material to less than 5 percent, and their findings were about the same as the less reflective parts of the planet Mercury.

“We show that carbon acts like a stealth darkening agent,” Schultz said. “From the standpoint of spectral analysis, it’s like an invisible paint.”

And because the process has been running for billions of years now, darkening agents on the surface of Mercury has been building up. In theory, this process will continue for as long as some comets will break apart.