John Hargrove who is a orca rights activist will be signing his sink book copies on Wednesday night at the venue Warwick in La Jolla. 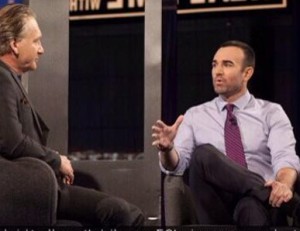 But the author asserts that if SeaWorld had its way, the book would never have seen the light of day.

Titled “Beneath the Surface: Killer Whales, SeaWorld and the Truth Beyond Blackfish,” the book published March 24 has spawned a battle over “whistleblower” Hargrove, a former Pacific Beach resident who alleges mistreatment of killer whales at the marine parks.

Hargrove, who worked at SeaWorld San Diego from 1995 to 2001, accuses the parent company of trying to silence him via legal threats starting in November and as recently as a couple of months ago — “that if we didn’t stop [with release plans], they would file an injunction to stop the book, which they never did.”

A SeaWorld spokesman said flatly: “We never threatened Hargrove with a lawsuit.”

Speaking by phone Monday from Seattle, former orca trainer Hargrove told Times of San Diego that SeaWorld is using surrogates, including bloggers, to discredit him and challenge his story — told most famously in the documentary “Blackfish.”

“That way, SeaWorld can try to keep their hands clean and let these people do their dirty work,” he said in a half-hour interview.

Hargrove, 41, was hardest on Eric M. Davis, a 33-year-old Orlando man behind the pro-SeaWorld Awesome Ocean website and a recent offshoot, RealJohnHargrove.com, which “is here to let you know the truth about the hypocrisy of a former killer whale trainer who has a book he really, really wants you to buy.”

Davis — whom he called vile, vicious and a SeaWorld “mouthpiece” — is “just a blogger,” Hargrove says.

“He’s not a trainer or a researcher. … This isn’t someone who’s going to be on CNN discussing their viewpoints — because he doesn’t have have any credentials. Just a hate person — a coward behind a keyboard. “He’s just a nobody.”

Davis asserts his independence and says: “John Hargrove will say anything to deflect legitimate criticism.”

Hargrove says SeaWorld gives bloggers special access to its parks in Orlando, San Antonio and here, even free food, and hands them “talking points” that defend the parks and attack critics like Hargrove, who has testified for legislation to end killer whale breeding and displays.

The company, which has suffered declines in attendance and stock values, responded to the latest accusations Monday night. SeaWorld recently launched a reputation-boosting campaign.

“I’m sure you’ve already seen the many examples of Hargrove contradicting himself,” said Fred Jacobs, SeaWorld Entertainment vice president for communications. “You can judge for yourself whether he is credible.”

He called “food deprivation” an example.

“In his book, Hargrove contends that he witnessed food deprivation with killer whales at SeaWorld,” Jacobs said. “Yet in 2014 – a full year after the premiere of ‘Blackfish’ — he wrote on Twitter, ‘Any (SeaWorld) trainer that (sic) held back food from a whale was a poor trainer and using techniques not taught to us in the SeaWorld system.’ Nine months after the premiere of Blackfish, Hargrove wrote, ‘Food deprivation is not really used.’”

Davis said: “Mr. Hargrove’s accusations are expected from someone who has a flexible understanding of the truth. It seems that he is doing a lot of lashing out in recent media interviews rather than addressing some glaring issues,” such as the food deprivation claim.

Davis and Jacobs readily acknowledge that the Awesome Ocean website received a “small start-up grant” from SeaWorld, but the SeaWorld spokesman said: “We don’t make any attempt to control what’s written by Awesome Ocean. We tell our story to bloggers and other journalists every day in the hope that coverage of us is fair and balanced.”

Davis echoed: “They have absolutely zero editorial input or control. That is the extent of my relationship with SeaWorld.”

Jacobs said SeaWorld has given free admission to members of the media, including bloggers, for decades.

Davis says he pays his own way.

Davis said he created the site “after reading [Hargrove’s] book and comparing what he has said publicly in the past.”

However, according to domain records, RealJohnHargrove.com was registered March 17 — a week before the book was published. Davis said: “Copies were available to purchase online via eBay.”

“It wasn’t hard to use his own extensive public comments against him,” Davis said. “SeaWorld did not provide me any funding for the website; nor do they have any contact with me about the content.”

The issue of coordinated attacks was raised by Jon Stewart last Thursday, when he told guest Hargrove: “We have never had a Twitter response aimed at us [like this],” noting how people were tweeting “Don’t trust this guy. He’s a liar.”

Stewart noted (to laughs) that the tweets were “mainly from SeaWorld Twitter handle addresses.”

SeaWorld spokesman Jacobs said: “‘The Daily Show’ never contacted us and we never reached out to them. Anyone who did acted on their own accord.”

Hargrove, now living in New York City, told Times of San Diego that SeaWorld had an “attack plan” that includes social media messages of “Don’t have him in your show. He’s not telling the truth.”

He said the current SeaWorld twitter campaign with the hashtag #AskSeaWorld has “totally backfired because that controversy draws even more attention.”

SeaWorld’s Jacobs said he has no regrets about the campaign, pointing to the SeaWorldCares website and saying:

“The AskSeaWorld.com site is part of the campaign we launched last week. We chose Twitter to solicit questions from the public because it was the most public and transparent way possible. We knew that PETA and other animal rights activists would harass us and bully those with legitimate questions, but our goal was simple: Take and answer questions, which we’ve done more than 100 times in just the past few days. And, we will continue to do so.”

How long will the #AskSeaWorld Twitter program last? “We have no plans to stop this program,” Jacobs said. “If anyone reading this has legitimate questions and an open mind, contact us.”

Hargrove says that if SeaWorld truly wanted to stop his “lies,” the Orlando-based company would take him to court.

“I have every right to speak about my life and my experiences,” he said. “And if SeaWorld wants to claim that I’m lying, then they’d better get ready for court and … pull out their animal training records, which I promise you will be the end of that company.”

A class-action suit filed Wednesday on behalf of Temecula resident Holly Hall alleges that grandmother Hall would not have bought tickets to SeaWorld in 2011 and 2012 had it disclosed facts about the condition and behavior of its captive whales.

A SeaWorld statement quoted by the publication said: “The class-action lawsuit was filed today by attorneys who represent John Hargrove. This is clearly a publicity stunt intended to generate more news coverage of John Hargrove’s anti-SeaWorld book.”

Hargrove said: “I know SeaWorld very well and the games that they play. And the tactics. … They play dirty. It’s not about the issues. It’s all personal attacks.”

The trainer was at SeaWorld for 12 years of his 14-year marine mammal career, ending in 2012 — the last time he was in San Diego. “Being a trainer at Shamu Stadium, we were brought up to have a thick skin,” he said, and his decision to go public with his captivity critique was “not an overnight decision.”

He said he lived in PB the entire time he worked in San Diego. “I loved it,” he said.

Hargrove concedes he’s lost former SeaWorld colleague friends but insists high-ranking staffers “are secretly cheering for me” while keeping quiet for fear for losing their jobs — part of what he called “a very unfortunate and cultlike mentality” at SeaWorld. “They shouldn’t have any control over people’s lives and who you decide to be friends with, but they do,” he said. “That’s the level of control they assert.”

Hargrove’s backers have answered his critics, including a blog post titled “3 LIES THAT SEAWORLD FANS BELIEVE ABOUT JOHN HARGROVE.”

Since spending nearly a year taking part in the “Blackfish” production, Hargrove has fashioned a new life for himself. He says he promotes his book (with coming visits to San Francisco, Los Angeles and a tour schedule including Europe and ending in July). He’s a guest speaker at “various universities that invited me” and forums such as the recent WhaleFest in Brighton, England. (See his remarks.)

He’s active in efforts to pass bans on killer whale shows in California, New York as well as federal drives in Washington and even Europe, such as the Dolphin Project.

His publisher, Macmillan, has deployed lawyers on his behalf, but Hargrove says he’s hired his own legal defenders from a “top-10″ firm that also dealt with Enron and the Exxon Valdez.

In any case, Hargrove says an end to orca breeding is coming.

“The writing’s on the wall,” he said, noting the “historic” decision by Ringling Bros. and Barnum & Bailey Circus to phase out elephants in their shows by 2018.

“Right now, we’re focused on killer whales,” he said, hoping to halt breeding and “forcibly artificially inseminating whales.” He wants this generation of orcas to be the last in captivity.

“If we can’t get to a point of a sea sanctuary, at least build them larger pools,” he said. (SeaWorld last year announced plans for “Blue World,” a $300 million expansion of its orca tanks.)