Four bodies of a family this Wednesday was discovered from a home in Tulsa, Oklahoma which includes two young boys. According to officials it seems to be a murder suicide case. 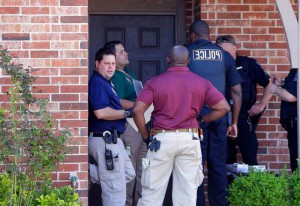 The Tulsa Police Captain Matt McCord told reporters that officers went to the home after receiving a call from the employer of the man in the household, requesting they check up on the house.

As Police found the bodies, all shot and killed, presumably by the father given the proximity of the gun to his body, McCord told reporters in a video published online by the Tulsa World newspaper.

The killing of people may have occurred as many as two days before the bodies were discovered, McCord said. Both of the boys were younger than 10 years old and the bodies were found in separate rooms, police said.

The Local broadcaster KTUL said that the family’s neighbors had no indication there were any problems in the household prior to the shooting.