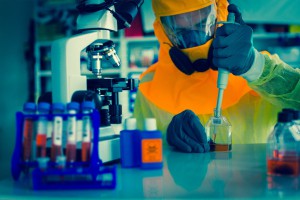 The patient’s Ebola test results came in early Thursday morning, but the patient was moved to University of Colorado Hospital “out of an abundance of caution.” There, the patient will stay in an isolation unit.

– Dr. Michelle Barron, Director of Infectious Diseases and Prevention for University of Colorado Hospital, said the plan they followed was developed last year when the Ebola threat began. It calls for the patient to be transferred to UCHealth if they require hospitalization for more than 24 hours.

Barron said the female patient works for an international humanitarian aid organization and has traveled extensively through Africa. She is here visiting friends in northern Colorado.

The patient is now undergoing additional testing to figure out what is wrong.

“Health care experts will determine whether additional testing is warranted,” officials with the Colorado Department of Public Health and Environment said in a news release sent to 7NEWS.

The last Colorado patient to be tested for Ebola was in January at Denver Health. That patient, from Arvada, also tested negative.