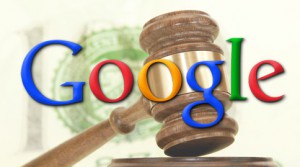 Europe Competition Commissioner, Margrethe Vestager, is highly enraged to take revenge upon Google by issuing giant with a Statement of Objections and that it too applying disciplinary measures.

As per the recent report, Google search dominance case is on table for the meeting of all Commissioners on 15 April.

Corporations that have filed submissions with the commission include major American technology companies, like Yelp, as well as powerful German and French publishing groups that claim Google has too much control over how Europeans access information over the Internet. By asking several of these companies to make their submissions public, the European Commission can ask Google to respond to the companies’ claims and bring the case closer to resolution, according to several of the people.

The investigation – which has taken five years to date – found that the chocolate factory had abused its dominant position in the European search market, systematically directing users to its own services, imposing restrictive contracts on advertisers and scraping content from other sites.

To deal with these problems, Vestager’s predecessor, Joaquin Almunia, favoured a softly-softly approach. He desperately attempted to reach a so-called Article 9 agreement rather than issue a fine or other punitive measures. Under Article 9, the Commission can accept a set of commitments from a company which then become legally binding.

Yet objections from his fellow Commissioners, as well as the European Parliament, meant Almunia’s term ran out without a conclusion to the case.

“The FTC report is a game-changer in terms of the sort of public behaviour that Google engaged in,” he added.

Wood is referring to the recent scandal in the US, when the Wall Street Journal suggested Google had been let off with a slap on the wrist because of undue influence in the White House. In 2012, the Federal Trade Commission (FTC) recommended suing Google over the same abuses alleged in the EU case. In January 2013, a voluntary agreement was reached with the search monster that satisfied the regulators. However, this week the US Senate’s anti-trust panel – led by Republican Mike Lee – has said it will look into the case.

Sound familiar? It would certainly have sounded even more so had Almunia got his way.

Vestager, who took office in November, seems determined not to fall into the same trap: “To decide how to take our investigations forward, I need to know what those most directly affected by the practices in question have to say. I need to have a representative sample of views of those concerned. I have to be sure that we have all the facts up to date to get it right.”

MEPs will be watching her moves closely. Last month the Parliament issued an official statement urging Vestager to “act decisively on all concerns that have been identified and to find a long-term solution for a balanced, fair and open internet search structure.”

If she so desires, Vestager could fine Google up to 10 per cent of its annual turnover