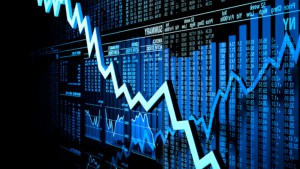 U.S. – The European antitrust investigation into Google had become greater than before and that is too at fast pace. Companies like apple is facing antitrust queries from European Commission regarding their new music streaming service. So it is not unclear that tech giants of America are undergoing existential crisis and so almost all of a sudden they discover themselves under heavy scrutiny and analysis. Basically their marketing strategy and product is suffering and their business methods are undergoing recurrent changes and alterations.

So American tech giants are now facing the darker side of attaining success and politicians are almost crying loud about their maneuvers   where they have literally outmuscled the European rivals and so now facing the gruesome consequence. So naturally Europe’s antitrust officials are targeting American tech companies, so that small companies can be curbed and their activities can be restricted completely.

Whereas few are having different opinions, saying this is nothing but European’s newest weapon to establish their own tech companies which are to some extent, not suitable enough to compete Americans  in face to face brawl. Such a situation made Apple, experience scrutiny right when it is exposed that music labels and rival music streaming companies are sent direct questionnaires only to make clear their legibility and authenticity. However, the news and overall answers were sent to music industry for clarification, so that if there is any antitrust point found, measures could be taken against it.  In previous anti trust case alleged Microsoft had to pay fines total $1.8 billion for violating European competition rules.