Corinthian student debt to be waived off: ‘Attorney General’ 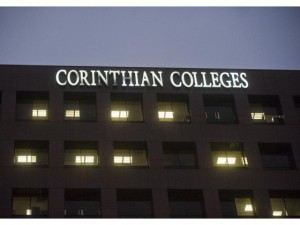 The attorney general, in California Kamala Harris and nine other states is pushing in hard to erase debts due against the students who are in constant trouble because of giant Corinthian Colleges.

In a letter sent Thursday to U.S. Department of Education Secretary Arne Duncan, the attorneys general argue that the Santa-Ana based for-profit college has engaged in predatory business practices and its students should have their $1 billion-plus federal student loan obligations forgiven under existing regulations.

Harris and attorneys general in Massachusetts and Wisconsin are suing Corinthian over charges that the company misled students with inflated job placement statistics and targeted vulnerable populations with high-cost loans.

“These students deserve relief,” says the letter to Duncan, obtained by the Register. “While various enforcers are pursuing Corinthian, these actions will not be enough to provide prompt help to Corinthian’s victims.”

The letter follows similar requests by 13 U.S. senators in December and a group of former Corinthian students who call themselves the “Corinthian 15.” The students are refusing to pay their federal student loans as part of a “debt strike,” arguing they are victims of fraud.

More than 100 Corinthian students are now participating in the strike, according to organizers.

Corinthian’s financial and legal challenges are immense. While gradually selling or closing all of its campuses under an agreement with the Department of Education, it faces additional pressure from more than a dozen lawsuits and investigations across the nation.

Corinthian disputes allegations that it misled students. It acknowledges only isolated incidents of employee misconduct and has argued in court documents that attorneys general are unfairly targeting it over “deceptively excerpted and – at best – misunderstood materials.”

Corinthian has operated campuses under the Everest, WyoTech and Heald brands. In June, education officials said the company had received about $1.4 billion in annual federal financial aid for students.

However the dust settles, the attorneys general said in their letter that Corinthian’s liabilities would likely limit how much of the school’s money could be available for student loan debts in the event that courts rule in favor of the states.

“The surest and most expedient way to help students is to have the (U.S. Education) Department relieve borrowers of their obligation to repay” their federal student loans, they said.

Many Corinthian students also took out high-cost private loans to pay for their schooling. In February, borrowers of these loans received some relief through a $480 million deal secured by federal consumer protection officials. About 40 percent of eligible outstanding debt was immediately forgiven.

Aside from a blanket cancellation of Corinthian-related debts, the attorneys general also urged Duncan to make it easier for students from any school to obtain loan forgiveness. Their letter says it’s unclear what legal grounds and processes must be followed.

Asked to comment on the letter, the Education Department emailed a one-sentence statement from spokeswoman Denise Horn: “The Department shares the attorneys general’s concern for the welfare of Corinthian students and we look forward to responding to their letter.”

“It is important to note the difference between findings and allegations – a number of state (attorneys general) have made allegations but as these cases are still in progress, it would be inappropriate to presume guilt without due process,” he said.

The Corinthian 15 student group met with federal consumer protection, education and Treasury officials in Washington two weeks ago to discuss their requests. Organizer Ann Larson said Thursday that the group has not yet heard back from the officials.