Two famous manufacturers across the world have issued instruction to recall their products because of the presence of lethal Bacterium Listeria in it, which has been found responsible for cases of death and illness. 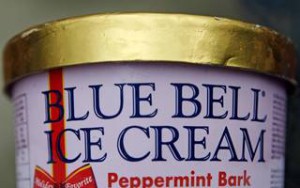 On Wednesday, the Sabra Dipping Co. recalled 30,000 cases of its Classic Hummus after several tubs in Michigan tested positive for the food-borne bacteria. No illnesses related to the hummus have been reported, according to Jennifer Holton, a spokeswoman for the Michigan Department of Agriculture and Rural Development.

Separately, the Centers for Disease Control and Prevention confirmed that three people in Texas fell ill from 2011 to 2014 after eating Blue Bell ice cream. The agency had already connected the company with three listeria-related deaths and two additional cases.

The agency is investigating three more potential cases, according to Dr. Rob Tauxe, deputy director of the CDC’s Division of Foodborne, Waterborne and Environmental Diseases, which would bring the total number of Blue Bell-related cases to 11.

The agency initially linked five patients at a hospital in Kansas who fell ill from January 2014 to January 2015 to Blue Bell products. The CDC determined that at least four had consumed milkshakes made with Blue Bell ice cream.

Listeria is among the most dangerous food-borne illnesses, particularly to people with compromised immune systems, although it is much rarer than salmonella poisoning. The CDC estimates that about 380 people die of salmonella every year, which translates to less than 1 percent of about 1 million annual cases. About 260 people, or about 16 percent of about 1,600 cases, die of listeria every year.

Symptoms include headaches, fever and abdominal pain. Consumers who were exposed to Blue Bell or Sabra products and exhibit signs of illness should contact their doctors, Tauxe said. Consumers who have been exposed but do not exhibit symptoms probably have little reason to worry, he said.

Health officials say consumers should wrap potentially contaminated products in plastic before throwing them away. Closed containers that have not spilled do not pose a significant risk of spreading listeria to other areas of the home.

Blue Bell has been expanding a recall of its products over listeria concerns since March, when the company recalled 10 frozen snack items manufactured at a plant in Brenham, where Blue Bell is based. The company said the recall was its first in 108 years.

“This is really surprising, very startling and distressing to the company,” said Gene Grabowski, a Blue Bell spokesman.

Days later, the company recalled chocolate, vanilla and strawberry 3-ounce cups manufactured at a second plant, in Broken Arrow, Okla. Those cups were available only to institutional buyers such as schools and hospitals, Grabowski said, and not to the public.

In a statement on its website, Blue Bell said that it suspended operations at the Broken Arrow plant on April 3 and that it was “working with retail outlets to remove all products” made there. The company hopes to resume operations at the plant in the next seven to 10 days, Grabowski said, once it has identified the source of the contamination and sterilized the facilities.

Blue Bell is offering a full refund for all products made at its Broken Arrow plant. Such products are stamped with a six-digit code and the letter O, P, Q, R, S or T.

Ice cream, unlike hummus, can stay unspoiled in a freezer for years, posing a challenge to health officials.

“We are concerned that there may be contaminated ice cream still in people’s freezers,” Tauxe said. “It appears that products from the Oklahoma facility may have been contaminated for some time.”

An outbreak of listeria traced to cantaloupe killed 33 people in 2011 and sickened more than 140 others. In March, a district judge approved settlements for the families of 30 people who died.

New Treatment for ‘HIV’ shall pave way for Vaccine

As and when a person gets infected with HIV, his fight with virus and immune …