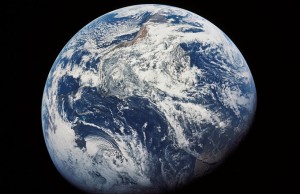 Introduction to the alien life was not made to me by George Lucas or Steven Spielberg, instead I shook hands with the alien culture to find if they really exist, says Tom DeLonge.

Tom DeLonge, has built pretty much an entire extension onto his career using that song as a foundation, most recently in this interview.

As equally committed to the idea of wonder as I am, I am also certain there is no greater wonder known to man than the possibilities allowed by science and its noble attempts to explain without resorting to fabrication. Neil deGrasse Tyson once said that he feared we had already been visited by intelligent aliens but they “chose not to make contact, on the conclusion that there’s no intelligent life on Earth.” Neil is right, though we certainly shouldn’t misconstrue his statement to imply that he is ruling out the future possibility, but simply reinforcing a forgotten truism. Conspiracy theorists and real life Independence Day-era Randy Quaids (including, sometimes, the actual Randy Quaid) aside, this war could reach some sort of a truce as early as 2025.

According to recent remarks from NASA’s chief scientist Ellen Stofan, we should have “strong indications of life beyond Earth in the next decade” and “definite evidence” of such life within the next 10 to 20 years. Stating that NASA knows exactly “where” and “how” to look, Stofan also added that these strong indications and definite evidence would have absolutely nothing to do with “little green men.” Instead, Stofan and people who don’t watch Ancient Aliens agree that this will likely have something to do with microbes.

“We know where to look. We know how to look,” she said. “In most cases, we have the technology, and we’re on a path to implementing it. And so I think we’re definitely on the road.”

NASA released a graphic noting that scientists have found evidence or indications of water on a number of celestial bodies, including the dwarf planet Ceres and Jupiter’s moon Europa.

The Hubble Space Telescope has been key to the discoveries, NASA said in a news release.

There are some caveats involved, of course. NASA isn’t talking about intelligent alien civilizations from the Alpha Quadrant; it’s referring to microorganisms.

Still, former astronaut John Grunsfeld said it’s an exciting time — and he thinks it’s just a matter of time before we find life outside our solar system as well.

“I think we’re one generation away in our solar system, whether it’s on an icy moon or on Mars, and one generation on a planet around a nearby star,” he said.

But don’t invite me to your 2025 We Found Microbes party unless you’re making vegan-friendly space cake.

Greece debt crisis: An agreement reached in the Eurozone Summit