Home Business Rise in Radon and Fracking related with each other

Rise in Radon and Fracking related with each other 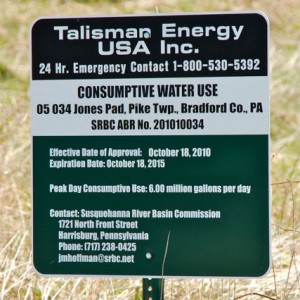 According to a story published by Johns Hopkins Bloomberg School of public health, increase in levels of radon in Pennsylvania homes is related with the rise in fracking operations in the area.

In Pennsylvania, 42 percent of household radon readings surpass what the U.S. government considers safe. The readings have been increasing sharply since 2004, around the same time that the fracking industry began aggressively drilling natural gas wells in the state.

The study also found that buildings located in counties where natural gas has most actively been extracted from shale have seen significantly higher readings of radon compared with buildings in low-activity areas over the past decade.

The differences in county readings prior to 2004 did not exist. Radon, an odorless radioactive gas, is a carcinogen that is thought to be the second leading cause of lung cancer in the world after smoking.

“One plausible explanation for elevated radon levels in people’s homes is the development of thousands of unconventional natural gas wells in Pennsylvania over the past 10 years,” says study leader Brian S. Schwartz, MD, a professor in the Department of Environmental Health Sciences at the Bloomberg School. “These findings worry us.”

The study, conducted with Pennsylvania’s Geisinger Health System, was published online on April 9, in Environmental Health Perspectives, a monthly peer-reviewed journal published with support from the National Institute of Environmental Health Sciences, National Institutes of Health, U.S. Department of Health and Human Services. Researchers analyzed more than 860,000 indoor radon measurements included in a Pennsylvania Department of Environment Protection database from 1989 to 2013.

Radon levels are usually assessed during a property sale. Much of the study data came from those records. The researchers evaluated associations of radon concentrations with geology, water source, season, weather, community type and other factors.

Between 2005 and 2013, 7,469 natural gas wells were drilled. The dominant process for tapping natural gas reserves was drilling vertically into rock formations like sandstone, which is more pourus. In recent years, there has been a huge uptick in fracking. In such formations, the gas is contained inside the shale, which needs to be broken in order to access it. This is done by drilling deep into the ground both vertically and horizontally, then pumping millions of gallons of water down to “fracture” the shale.

Radium-226, which decays into radon, is one of the materials that the fracking process can bring to the surface. In basements or other areas without adequate ventilation, radon can accumulate to high levels, which substantially increase the risk of lung cancer.

The study’s first author is Joan A. Casey, a Robert Wood Johnson Foundation Health & Society Scholar at the University of California-Berkeley and San Francisco, who earned her PhD at the Bloomberg School in 2014. She says it is unclear whether the excess radon in people’s homes is coming from radium getting into well water through the fracking process, being released into the air near the gas wells or whether natural gas from shale contains more radon than conventional gas and it enters homes through cooking stoves and furnaces.

Casey says that another factor could be changes to construction methods in the past decade, where buildings have been more tightly sealed. This can trap radon that gets inside, leading to increased levels.

“By drilling 7,000 holes in the ground, the fracking industry may have changed the geology and created new pathways for radon to rise to the surface,” Casey says. “Now there are a lot of potential ways that fracking may be distributing and spreading radon.”

The radon doesn’t stay put. Natural gas typically travels at about 10 miles per hour through a network of pipelines. At that rate, the gas can go statewide in just one day.

The authors note that the study can be improved with more data, but argue that their findings justify a closer look.

“I don’t think we can ignore these findings,” Schwartz says. “Our study can be improved by including information that was not available for our analysis, such as whether natural gas is used for heating and cooking, whether there is any radon remediation in the building, and general condition of the building foundation. But these next studies should be done because the number of drilled wells is continuing to increase and the possible problem identified by our study is not going away.”