Teens at US reported of not using good birth controls

Centers for Disease Control and Prevention – Teens might be giving birth to few babies now, but it has been studied that most of the teenagers in America are still not making use of best methods of birth control. It’s up to the doctors and other health experts who see teenagers to let them know about the safest and most effective methods, the Centers for Disease Control and Prevention says. And that means IUDs (intrauterine devices) and implantable birth control. 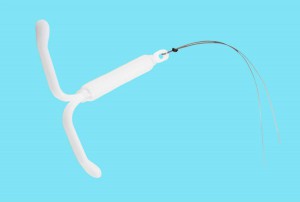 “We have the opportunity to provide our teens with complete and accurate health information so that they can make healthy and good decisions about preventing pregnancy,” CDC Principal Deputy Director Ileana Arias told reporters in a telephone briefing. The latest data shows that many teenagers are still having babies.

“Improved contraceptive use has contributed substantially to this decline; however, there were approximately 273,000 births to teens in 2013, and the U.S. teen pregnancy rate remains up to seven times higher than in some developed countries.”

According to the National Bureau of Economic Research, the teen birth rate in Switzerland was 4.3 births per 1,000 teen women; in Britain it was 25 per 1,000.

The CDC team looked at what kind of birth control teenagers aged 15 to 19 were getting from family clinics funded by the federal Title 10 program.

Number of children born to unwed mothers declines “Use of long-acting reversible contraception among teens seeking birth control services increased from less than one percent to seven percent from 2005 to 2013,” they wrote in the CDC’s report.

That’s even though these methods are far more effective than condoms, the most favored birth control device, and very safe.

“Long-acting, reversible contraception requires no effort after insertion, and can prevent unintended pregnancy for at least 3 to 10 years,” the CDC team said.

“During the first year of typical use, both IUDs and implants have lower failure rates (less than one percent) than oral contraceptives (9 percent) and condoms (18 percent).”

There were huge variations from state to state.

In Colorado, 25.8 percent of teens treated at these clinics got implants or IUDs. Nearly 20 percent of Alaska teens did and 18 percent in Washington, D.C. “The lowest percentage of teen clients using long acting reversible contraception was in West Virginia (2 percent), Indiana (1.5 percent), and Mississippi (0.7 percent),” CDC said.

Previous Bug was found in the recently released ‘Apple IOS 8.3′
Next New Treatment for ‘HIV’ shall pave way for Vaccine

Launch of Watson Health by IBM

IBM has lately announced of his new business unit called Watson Health, which shall provide …