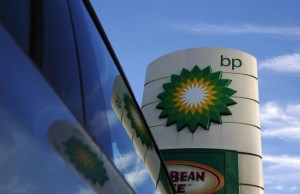 Decreasing crude oil prices and faulty strategic choice of companies have led to fall in profits of oil companies. Big companies like BL, Shell etc are clearly evident of how company earnings are sensitive of change in oil prices.

This means that for every dollar the oil price drops, their profits sink more than they might have done five years ago.

Of course, that wasn’t the plan. Choices made by several oil majors that built more exposure to prices into their portfolio, mainly through the kinds of contracts they opted to sign, was aimed at enjoying prices that were historically high.

“We took a view that prices were going to go up and that our portfolio was less exposed than it should be in that environment because of the types of contracts we had in place,” he said.

Shell made the decision in the early 2000s and it took around a decade for that to have a real impact on the company’s bottom line, Henry said.

In 2009, Shell’s then-CEO Peter Voser said a $1 move in the crude price would shift earnings up or down by around $200 million. In January, Henry estimated the impact of a dollar move on earnings was around $330 million and increasing.

Brent crude averaged $54 per barrel in the first quarter of 2015 – half of what it was in the same period last year. If the current price holds, the hit to Shell’s pre-tax earnings from the increased sensitivity alone could run to billions of dollars a year compared to what it would have been if the 2009 linkage between profits and oil prices had held steady.

In early 2013, London-based BP said a $1 change in the oil price would lead to a $250 million change in annual pre-tax replacement cost operating profit in its oil and gas production division. In March, the company said on its website that a $1 movement in Brent would change earnings by $300 million.

Total said in 2013 that a $1 rise in Brent would lift adjusted net operating income by $140 million. Earlier this year, it said the impact would be $170 million.

The increase in sensitivity is despite the fact that production levels – the main determinant of how much oil prices hit earnings – have fallen at all three companies.

Many oil companies missed out on much of the benefit of the oil price surge from 2004 to 2008. Instead governments grabbed most of the gains, in part due to the contracts the companies had signed years earlier.

Historically, companies bought exploration licenses and agreed that, if they struck oil, they would pay governments a royalty – often a share of output – even if no profit was declared.

During the 1990s, when oil prices were low and profit margins tight, companies signed an increasing number of Production Sharing Agreements (PSAs), which offered returns based on the cash they invested. That meant companies had a better chance of getting their money back.

But the safety came at a cost.

“You’re protected on the downside, but you lose some of the upside,” said Neill Morton, oil analyst with Investec.

Morton said the contracts became less popular with investors as oil prices soared in the mid-2000s.

Shell was one of the first companies to make the shift to projects with greater oil price sensitivity. It increased investments in OECD countries, which do not typically offer PSAs, and, where it did sign PSAs, it sought to link the returns to prices rather than accept a fixed return on money invested.

Others followed its lead.

“It was a general trend. Companies were keen to capture the upside from oil prices,” said Tom Ellacott, at consultants Wood Mackenzie.

In February 2008, Philippe Boisseau, president for Gas & Power at Total, told investors that his company was reducing the share of its production that came from production-sharing contracts that only offered a fixed return.

In July 2008, BP’s then-CFO Byron Grote told investors the group was accelerating its exploration program and looking for opportunities “especially in our key tax and royalty areas, that allow us to capture price upside”.

Total declined to comment on its current strategy in respect to oil price exposure. BP said the company didn’t target a specific exposure but rather managed its portfolio over time to maximize returns and balanced investments between PSAs and tax and royalty regimes.

The world’s largest oil company by market value, Exxon Mobil has seen no change in its sensitivity to oil prices in recent years, while Chevron does not publish figures. Both declined comment.

Ellacott said that while the strategy of gaining more exposure to oil prices may hurt today, oil projects had a long life and most oil companies remain optimistic about long term oil prices.

Shell is unapologetic about its decisions. CFO Henry said the world’s growing energy needs would support crude prices in the years to come.