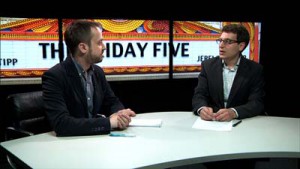 It seems new era has begun at Walgreens, with the firms reporting new Walgreens Boots Alliance. The alliance has led to tremendous developments leading to increase in price of share from USD 58 to 70.

Year over year, total revenue increased 22%, driven largely by a two-month operating contribution from the Alliance Boots assets and good performance by Walgreens’ U.S. operations. While total company like-for-like sales figures are skewed given the major acquisition, the domestic operations did show some solid signs of top-line improvement. Retail (front-end) sales increased a decent 2.5%, but the firm was able to drive pharmacy (back-end) revenue up an impressive 10%. Walgreens saw a major improvement in the number of prescriptions processed, which management attributed to a “strong cough, cold, and flu season.” Walgreens also said it was able to increase its prescription claims market share for the quarter, which we find highly positive. We are encouraged by these results and believe the firm has an opportunity to benefit greatly from increased U.S. pharmaceutical usage.

However, our main concern about the profitability of the firm’s core pharmacy operations remains. Management reported that the U.S. division produced $1.3 billion in operating profit, implying a 6.19% operating margin. This is about flat with year-ago results, and with management reporting improved retail sales margins, we believe the firm still faces significant prescription reimbursement pressure from major pharmacy benefit managers. From our perspective, this will be the main headwind for Walgreens’ new management team over the next several years. We believe the growing pricing power of major PBMs may limit Walgreens’ ability to negotiate favorable reimbursement rates.

With this dynamic in mind, management said during the earnings call that it is open to many options in order to offset the pricing leverage of its major payer customers, including the possibility of vertical M&A or integrated strategic partnerships. From our perspective, this is a signal that Walgreens may be open to greater PBM integration. This is a key development and a major shift in tone from the previous management team. While an all-out acquisition could be too difficult to execute, we believe a true merger of equals or strategic partnership seems more likely. In our opinion, a more integrated relationship with a major PBM would be highly beneficial to Walgreens and would offset much of its reimbursement headwinds.

Previous PostAlmost 9 out of 10 adults have health insurance now Next PostLaunch of ‘MacBook’, Too early to declare it a success