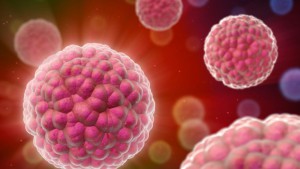 According to the American Cancer Society, the five-year survival rate of patients with stomach cancer is less than 28 percent. This fact indicates that the majority of new patients aware of the disease after being at an advanced stage. Researchers at the Russell Berrie Nanotechnology Institute in Israel has collected breath samples from 500 people and found among 99 patients with stomach cancer, though not yet carried out any action. In short, this technology is accurate to detect pre-cancerous stomach.

Researchers at Russell Berrie Nanotechnology Institute in Israel collected breath samples from nearly 500 people, including 99 who had been diagnosed with stomach cancer, but had not yet received any treatment. Samples subjected to nanoarray analysis combined with pattern recognition identified varying levels of different compounds in the ‘breath prints.’ These levels accurately distinguished between the different pre-cancerous stages, determining patients at low and high risk of developing gastric cancer. Results were consistent regardless of other influential factors like age, alcohol intake and use of stomach acid suppressant drugs.

Another type of technology called GCMS that was previously considered for stomach cancer screening is very costly and requires lengthy processing and significant expertise to conduct, researchers noted. Nanoarray analysis is highly accurate and offers a much cheaper and simpler process, they added.

Study researcher Hossam Haick, a professor in the department of chemical engineering at the Russell Berrie Nanotechnology Institute in Israel, told FoxNews.com the test would avoid unnecessary endoscopies, and would enable any progression to cancer or signs of disease recurrence to be monitored.

“The attractiveness of this test lies in its non-invasiveness, ease of use, rapid predictiveness, insensitivity to confounding factors and potentially low cost,” Haick said.

Currently, a major study on thousands of patients, including those with stomach cancer or pre-cancerous changes, is currently under way in Europe and will be conducted during the coming years in multiple centers, allowing this approach to be validated in clinical settings.

“Our future vision suggests the breath test as a follow-up tool for surveillance of high-risk patients. The breath test could be used for monitoring, to identify those progressing to cancer or more advanced lesions,” he said.

Haick added that the test could also be used for timely identification of stomach cancer recurrence following initially successful therapy.