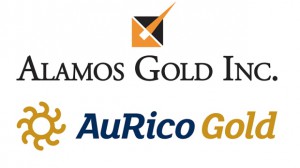 This Monday, Alamos Gold and AuRico Gold announced their agreement to the merger, creating a combined market capitalization of approx USD 1.5 billion and investing in mining friendly projects in Canada and Mexico.

The merger marks the latest among smaller miners looking to offset a drop in gold prices and higher costs with cost-synergy opportunities and an increased focus on low-risk mining operations.

The Alamos-AuRico tie-up is structured as a merger of equals, the Toronto-based companies said in a joint statement. Shareholders of each will own about 50% of the merged company, which will retain the Alamos Gold Inc. name and own AuRico’s Young-Davidson mine in Ontario, its El Chanate mine in Mexico and Alamos’s Mulatos mine in Mexico.

“The combination of diversified production from three mines and a pipeline of low-cost growth projects in safe jurisdictions equate to a leading gold intermediate and a significant re-rate opportunity for our collective shareholders,” John McCluskey, chief executive of Alamos said. Mr. McCluskey will remain CEO of the merged Alamos.

The deal will also result in a spinoff company to be called AuRico Metals Inc., which will hold AuRico’s development Kemess Property in northern British Columbia and three royalty assets. The spinoff will be owned 4.9% by the new Alamos Gold, with the remainder held by former Alamos and AuRico shareholders.

“We are confident that our shareholders will benefit from the value creation opportunities that will be realized through an expanded and more diversified asset base,” said AuRico Chief Executive Scott Perry, who will become executive chairman of the metals spinoff.

The merger is subject to shareholder and regulatory approvals and is expected to close in the second quarter.

Dipping gold prices over the past few years has left miners looking at ways to cut costs and restructure, resulting in consolidation in the industry and joint-venture deals. 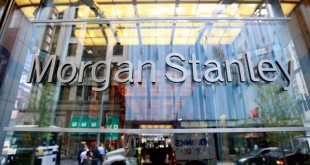 Morgan Stanley has posted the biggest gains along similar companies in the first quarter. This …