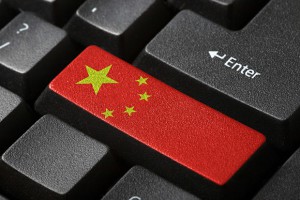 According to FireEye, a group of hackers from China have attempted to hack sites or networks which are air gapped networks or which does not have any direct link with the internet.

The computer security firm released a 69-page technical report on Sunday on the group, which it calls APT (Advanced Persistent Threat) 30 and that targets organizations in southeast Asia and India.

APT 30 has operated since at least 2005. It has targeted people through spear phishing, or sending emails containing malicious attachments or harmful links.

The group has consistently updated its malware, but the tools it uses are generally not that sophisticated, and it has used some of the same command-and-control infrastructure for years on end.

“It seems to be they’ve been successful in being good enough,” Weedon said Sunday.

The organizations targeted may have had lax security postures, which made them easy for APT 30 to infiltrate without needing to resort to more advanced or sophisticated attack methods, she said.

The group has a particular interest in the relationship between China and India, including border issues, FireEye’s report said. APT 30’s focus on those particular subjects make it likely that it is sponsored by China.

What’s most interesting about APT 30 is that it developed tools that are designed to move from systems connected to the Internet to those that aren’t connected. Governments use such “air-gapped” networks to reduce the chance an external attack will be successful. The group designed malware components with worm-like capabilities that can infect removable drives such as USB sticks and hard drives. Those devices can transfer the malware if connected to a device on an air-gapped network.

FireEye said it has seen many groups develop this capability, but APT 30 appears to have “made this a consideration at the very beginning of their development efforts in 2005, significantly earlier than many other advanced groups we track.”

Over the years, FireEye has written many reports on groups it has linked to China. This group, however, doesn’t appear to be linked to any of the other ones and operated in relative isolation.

APT has its own development resources and doesn’t share attack infrastructure with other groups, Weedon said.