Home Science Searching for Aliens: Do they really exist?

Searching for Aliens: Do they really exist? 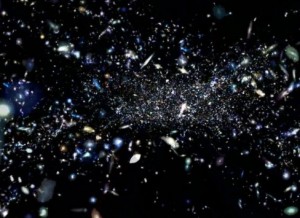 So far the investigation of researchers to look for evidence of life in the 100,000 galaxies arguably disappointing. Scientists from Penn State University have analyzed data from satellites owned by NASA WISE and they returned to the conclusion that it is futile. The idea behind this investigation is an advanced civilization always leaves electromagnetic energy that can be detected through mid-infrared wavelengths. About 50 years ago, Freeman Dyson, a physicist ever suggested that mid-infrared emission could be evidence of an advanced alien civilization. Previous studies have been searching for alien life only on 100 samples. From previous studies, it is difficult to distinguish whether the marks obtained is an alien life emission or unusual natural phenomena.

The idea behind this survey is if a galaxy has been colonized by an advanced alien civilization, the energy produced by that civilization’s technologies should be detected via mid-infrared wavelengths, which makes the WISE satellite the perfect instrument to detect these frequencies, according to Jason T. Wright, an astrophysicist from Penn State’s Center for Exoplanets and Habitable Worlds.

Some 50 years ago, physicist Freeman Dyson suggested mid-infrared emissions could be hard evidence of an advanced alien civilization. It was impossible to obtain these measurements from this kind of radiation from deep space until the advent of space telescopes such as the WISE instrument.

During this study, almost 100 million observations were made by the WISE instrument in search of evidence from 100,000 candidate galaxies emitting a significant amount of radiation from possible alien civilization technology.

Prior studies and research looking for intelligent alien life and civilizations only examined 100 or so candidates.

From the 100,000 candidates included in the WISE survey, only 50 revealed unusual radiation patterns. But determining if they’re natural sources or evidence of alien life is yet to be confirmed, according to researchers.

Wright says these results concluded that out of 100,000 galaxies WISE examined in sufficient detail, none of them seems to be widely populated by an alien civilization.

He says that in their billions of years in existence, these galaxies should have produced ample time for advanced alien civilizations to produce advanced technology. It’s either they don’t exist or they don’t use enough energy for our instruments to detect them, he adds.

This study is in the Astrophysical Journal Supplement Series.

2 thoughts on “Searching for Aliens: Do they really exist?”