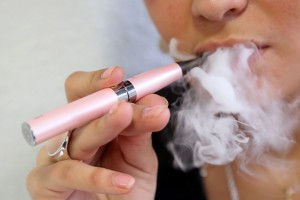 According to a recent study by the University of California School of Medicine, San Diego, is that people who smoke electronic cigarette are less likely to quit smoking.

For the study smoking behaviors in 1,000 smokers was monitored in California.

It is believed that people use e-cigarette for them to reduce smoking and then eventually quit, but the study results are contrary to what people generally believe about e-cigarette.

The results also show that daily smokers and women were more likely to try e-cigarette.

Wael Al-Delaimy, MD, PhD, professor and chief of the Division of Global Public Health in the Department of Family Medicine and Public Health, said the study will inform Unites States Food and Drug Administration or FDA and other regulatory use the e -cigarette as they create guidelines for e-cigarette, which I e cigarette has become popular and have dangerous effects, and is attracting people to use the e-cigarette have never used conventional cigarettes.

Ron Chapman, MD, MPH, Department of Health (CDPH) Director and the official state of public health in California, said there is a lot of misinformation about the e-cigarette and being a state health officer, who was asking the population California to avoid e-cigarette and keep it out of reach of children of all ages.

Dr. Wael said: “One hypothesis is that smokers are receiving increasing doses of nicotine by using electronic cigarettes.”

The study results are published in the American Journal of Public Health.

A new method of cancer biopsies is being tested in all laboratories in US. This …