Chinese geneticists claim that they could modify genes of human embryos 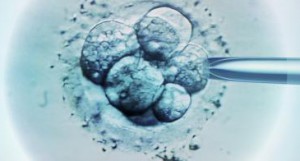 The success of Chinese researchers in modifying genes in the human embryo has sparked hot debate around the issues of ethical, scientific, and moral. The researchers claim that their business is to remove the genes that are responsible for blood disorder called thalassemia. They used a technique called CRISPR / Cas9. Basically, this technique consists of three stages, namely the insertion, installation, and also extraction genetics research. CRISPR is based on a conversion of RNA arrangement that will produce the desired genetic trait. According to the plan, it will proceed with another project to remove the other hereditary problems.

The researchers were able to successfully modify a specific gene responsible for a potentially fatal blood disorder. But they say that problems encountered during the testing mean that it is unlikely to be used more widely in the immediate future.

The technique could one day be used to edit out fatal and destructive genetic diseases. But others worry that it is unethical and could wreak unknown havoc on the human gene pool.

Using non-viable embryos obtained from fertility clinics, a group of scientists led by Junjiu Huang, a researcher in genetics at Sun Yat-sen University in Guangzhou, managed to inject embryos with an enzyme that can be programmed to target a specific gene. Along with another molecule that is also added to the embryo, that injection can repair or replace genes that are considered to be a problem.

The technique has been used in tests on human cells and animal embryos. But it is the first time that it is known to have been successfully tried on an embryo, and could make way for scientists to use the procedure to edit the genes of embryos used in IVF, before they are implanted.

“I believe this is the first report of CRISPR/Cas9 applied to human pre-implantation embryos and as such the study is a landmark, as well as a cautionary tale,” George Daley, a stem-cell biologist at Harvard Medical School in Boston, told Nature. “Their study should be a stern warning to any practitioner who thinks the technology is ready for testing to eradicate disease genes.”

The team tested the procedure on 86 embryos, and gave them 48 hours to react. After that it tested 54 of the 71 surviving embryos and found that 28 had been successfully spliced.

The low success rates are likely to mean that the procedure will not be practised on embryos that are going to be used for some time, and led to the research team calling off the study.

“If you want to do it in normal embryos, you need to be close to 100 percent,” Huang told Nature. “That’s why we stopped. We still think it’s too immature.”

But the success rates could also be affected by the fact that scientists were using non-viable embryos, and critics of the study say that the efficacy rate could be wildly different with a more representative sample.

The team also found that the complex used in the procedure was also acting on other parts of the genome, leading to other bits of it mutating. That happened much more than in previous experiments on adult human cells and animal embryos — and could happen yet more if the whole genome were used, as it would be if the embryo were to be implanted.

That could mean that the procedure could end up creating new disorders, as it tries to fix old ones. Missing the target and inserting new DNA could “create a disease of its own”, science writer Carl Zimmer warned in a blog for National Geographic.

Updated versions of the procedure, such as tweaking the enzymes so that they are more precisely targeted, could help it be more effective. Huang says that he is pursuing such options and that he had released his data so that “people know what really happened with this model”.

Other scientists who are less transparent and public about their experiments could easily be using the technology in more radical ways, scientists warn — and such experiments are already rumoured to be happening. At least one US genetics centre is doing similar work but keeping it secret, MIT Technology Review said.

“The ubiquitous access to and simplicity of creating CRISPRs,” one scientist told Nature, “creates opportunities for scientists in any part of the world to do any kind of experiments they want.”

Scientists are worried that using the technique to snip out bits of DNA that are viewed as problematic could have terrible consequences for subjects’ descendants, as well as the concerns about a scientifically-enabled form of eugenics. Because the alterations will be coded into the “heritable line”, they will be passed down to future generations — and nobody is really sure what effect that would have over time.

Testing on humans steps over an ethical line about what we should be able to do to ourselves, Edward Lanphier, president of Sangamo and chairman of the Alliance for Regenerative Medicine in the US, wrote in a comment article for journal Nature earlier this year.

“We are humans, not transgenic rats,” Lanphier argued. “We believe there is a fundamental ethical issue in crossing the boundary to modifying the human germ line.”

Lanphier wrote the piece in March, when rumours of the testing in China emerged. That prompted much speculation on the dangers of changing the germ line — but the whispers hadn’t been confirmed until Huang’s paper was published.

But others say that the technique is more similar to in vitro fertilisation, or IVF, which was rejected by many before it was shown to work and be safe.

The technology that Huang and his team used — known as CRISPR/Cas9 — is already used in some procedures. But it is only done with somatic or non-reproductive cells, like editing out certain genes that allow HIV to enter human cells.

Huang said that the study was rejected by scientific journals Nature and Science, partly because of ethical objections. (Both journals declined to comment to Nature’s news team.) The open-access study was instead published in Protein and Cell, under the title ‘CRISPR/Cas9-mediated gene editing in human tripronuclear zygotes’.

Some are worried that the research could lead to the rise of eugenics — cutting out certain bits of DNA to design parents’ perfect baby, including trivial changes like eye or hair colour. Scientists are divided about whether such changes are ethically permissible, and worry that the publics’ concern about the same questions could lead to an outcry about the use of the technique in less significant and dangerous ways.