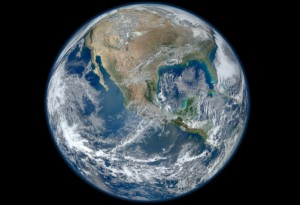 Republicans have voted to slash NASA’s  budget for the Earth Science division. With this cut, there was an approved budget authorization for this agency to use funding to see Orion and the Space Launch System continue.  This was voted on after an earlier decision to to cut NSF’s geoscience budget.  This budget will cover the 2016 and 2017 budget.  The Orion capsule and the Space Launch System rocket will benefit by adding millions of dollars, with planetary sciences seeing a $150 million boost as well.  Earth sciences will be cut from $1.947 billion to $1.45 billion and will eventually drop down to $1.2 billion under a budget restraint. Charles Bolden, NASA administrator is not pleased with the budget cuts, stating that this cut will threaten to cut back generations worth of progress that was made to understand the Earth’s changing climate.  This progress has made it easier for us to understand earthquakes, droughts and storm events and to prepare for them.

NASA Administrator Charles Bolden was also not pleased. In a statement released yesterday, he said, “The NASA authorization bill making its way through the House of Representatives guts our Earth science program and threatens to set back generations worth of progress in better understanding our changing climate and our ability to prepare for and respond to earthquakes, droughts, and storm events.” He also criticized the cuts to space technology development.

It is difficult to deny the impression that these budget cuts are part of effort to ensure that less is done in the country to address climate change.  In the Senate, testimony by Bolden was used by senator Ted Cruz (R-Texas) as an opportunity to claim that Earth sciences aren’t “hard science,” and NASA’s attention would be better focused in other places.