A New Species of Bush Warbler Has Been Found 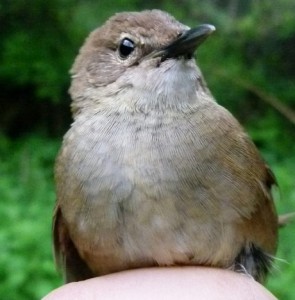 A new bird species has been discovered by a group of scientists. The size of the new species is smaller than a sparrow, Owing to the small size some scientists had difficulties in making decision. This bird is probably the kind of bush warbler ever found in China. This bird looks very different because of the sound produced is very different from the bush warbler in general. According to Li Fumin, a professor of Chinese, this is the first bird named after a Chinese researcher.

“The Sichuan bush warbler is exceedingly secretive and difficult to spot as its preferred habitat is dense brush and tea plantations. However, it distinguishes itself thanks to its distinctive song that consists of a low-pitched drawn-out buzz, followed by a shorter click, repeated in series,” said Pamela Rasmussen, assistant curator at the Michigan State University Museum.

Genetic analysis of the birds revealed they are closely related to the russet bush warbler, which makes its home in the same regions as the newly recognized species. Biologists believe the two species last shared a common ancestor about 850,000 years before our own time. This finding was made through the study of mitochondrial DNA in the animals. The species was first recognized by an international team of scientists, including researchers from the United States, China, Sweden, Vietnam and the United Kingdom.

Locustella chengi was named in honor of ornithologist Cheng Tso-hsin, the founder of the Peking Natural History Museum, who passed away in 1989. Born in 1906, Cheng grew up loving nature, particularly the birds that lived in the forest near his home. He later went on to graduate from the Fujian Christian University in 1926 and earned his doctorate from the University of Michigan in 1930. Cheng became a prolific author, sharing his insights into biology with the outside world.

“We wanted to honor Professor Cheng Tso-hsin for his unparalleled contributions to Chinese ornithology. Many species are named for European explorers and monarchs but few bear the names of Asian scientists,” Rasmussensaid.

Although the bird species is rarely seen, researchers believe the creatures are fairly common in their habitat and are in no immediate danger of extinction. These elusive birds prefer to live at elevations around 7,500 feet above sea level, although when they are close to russets, they tend to seek out lower ground.