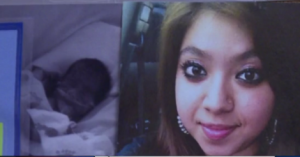 A pregnant woman in Nebraska was placed in a coma after being hospitalized with an intracranial hemorrhage While in her 22nd week of pregnancy, Karla Perez, 22 years old, collapsed after having a headache, which turned out to be the hemorrhage She had little chance of survival since there was a massive amount of bleeding in the brain. Karla’s family wanted to do anything they could to keep the baby alive, so the doctors opted to place Karla in a coma. After nearly 8 weeks of being in the coma, Karla took a decline. The baby was delivered by Cesarian section. Days after the delivery, Karla passed on. Her organs have been donated, saving the lives of 4 other individuals. Baby Angel is doing well, but doctors will continue to monitor him.

In the eyes of his grandmother, Baby Angel is a legacy and a miracle.

“We took a leap of faith that the tragedy would turn into a healthy delivery,” said Sue Korth, vice president and COO of Methodist Women’s Hospital. “Baby Angel is the result of that.”

At 22 weeks pregnant, Baby Angel’s mother, 22-year-old Karla Perez had a headache. That headache turned out to be an intracranial hemorrhage. It was a brain bleed so bad, doctors knew she had little chance of survival.

“We don’t know why she had the bleed,” said Dr. Andrew Robertson, medical director at Methodist Women’s Hospital.

Karla’s family said they wanted to do everything possible to save the baby. So doctors decided to try something rare.

They needed to keep Karla alive as long as possible for the still healthy infant growing in her womb. Only 15 other healthy babies have been born this way.

More than 100 people at the hospital work with Karla. But nearly eight weeks after she came to the hospital, she started to decline.

On April 4, the doctor had to deliver the 2-pound, 12.6 ounce Baby Angel by ceseasions. Days later, Karla died. But she gave life to four more people by donating her organs. Doctors said she touched countless lives.

Doctors said Baby Angel is doing well, but are still monitoring him for any possible health complications. They said because cases like this are so rare it’s hard to even know what to expect. 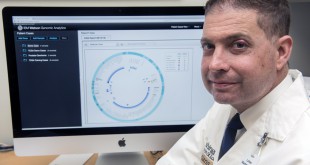 When Dr. Lukas Wartman developed acute lymphoblastic leukemia, his collages stepped up to help with a …