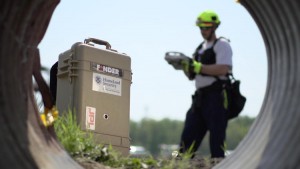 NASA has a mechanism available to detect heartbeats that was used to find 04 men trapped in rubble following the devastating earthquakes in Nepal. The useful device is just the size of a briefcase and weighs only about 10 kilograms. Searching for victims can be quite challenging as they may be buried under several feet of fallen debris and rubble making it difficult. This device however can remotely detect life which can save time and lives.

“I’m very gratified that it did its job — it’s the first time that Finder’s ever been used in an actual disaster situation,” James Lux, Finder’s task manager at NASA’s Jet Propulsion Laboratory, said in an interview. “You’ve done the best you can, you put it out there, and it worked.”

The suitcase-size device, which weighs less than 20 pounds, was able to discover victims who were trapped under roughly 10 feet of debris, including brick, mud and wood. The technology was the result of a collaboration between JPL and the Department of Homeland Security, and a version of it had been licensed to R4 Inc. of Edgewood, Md. The company’s president, David Lewis, arrived in Nepal on April 29 with two prototypes and joined a search-and-rescue effort.

Searching for victims in the wreckage of a collapsed building is a serious challenge for urban rescue missions, Lux said. That’s because victims might be hidden under several yards of rubble, and they may be unconscious and unable to call for help. Listening for soft sounds requires a quiet environment (often nonexistent in a disaster zone), and search-and-rescue dogs tire after about three hours in the field, he said.

Finder’s technology works around those problems by using radar to search for the tiny motions that are characteristic of a living, breathing human. The device sends out a very low-power microwave signal into the rubble, some of which manages to penetrate the collapsed building and bounce off any trapped, silent victims. Finder analyzes the microwaves that end up bouncing back.

Finder can tell the difference between rubble and humans because the human body is moving — subtly but rhythmically. The device looks for the tiny pulsing motions caused by the heartbeat pumping blood around the body and for the rise and fall of the chest as the person breathes.

“For instance, if you’re looking from the top of your head, most of what you’re seeing is the pulse flowing from the blood vessels right under your skin, and it makes your skin move,” Lux said.

Those movements cause slight shifts in the timing of the reflected microwaves, which return slightly sooner or later than expected to the detector.

Finder’s software analyzes those patterns, distinguishing them from those caused by animals (which have their own patterns) or by other rhythmic motions (like a rustling tree branch or a swinging pendulum).

“This is a different way to solve the problem of looking for people,” Lux said. Rescuers in a disaster zone, he added, “use all the tools in the toolbox — and this is another one to add to the list.” 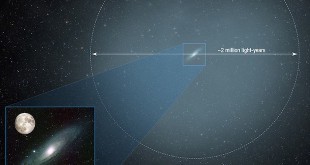 Based on data collected from Hubble space telescope, scientists have concluded that the levels of …