Home Health WHO Issues Standards for Naming Diseases Without Offense

WHO Issues Standards for Naming Diseases Without Offense 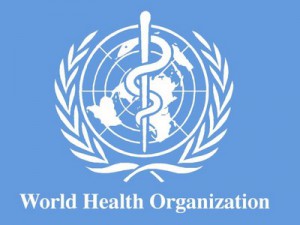 According to World health Organisation (WHO), We need to exercise caution when naming new diseases without offending any country, ethnicity or race and also avoid using animal names as is commonly done now. Instead of using geographic location based on where the disease originated, simple, easy to pronounce names should be allocated for new diseases.

WHO says Middle East Respiratory Syndrome and Spanish Flu are examples of what to avoid because they mention specific locations.

Instead, names should contain generic terms that are “easy to pronounce”.

The WHO said several new human infectious diseases had emerged in recent years and some had stigmatised certain cultures, regions and economies.

Dr Keiji Fukuda, assistant director general for health security at the WHO, said: “This may seem like a trivial issue to come, but disease names really do matter to the people who are directly affected.”

They had also put up barriers to travel, commerce and trade, he added, and in some cases triggered the needless slaughtering of animals.

“This can have serious consequences for people’s lives and livelihoods.”

The WHO has listed a number of best practices for naming new diseases which have not been recognised in humans before.

They include using specific or generic descriptive terms if they are known, such as ‘severe’, ‘progressive’ or ‘respiratory disease’ and making names short and easily pronounceable.

Any acronyms for longer names should be checked, the advice adds.

Disease names which incite fear, include people’s names, such as Creutzfeldt-Jakob disease, or refer to specific occupations, for example Legionnaires’ disease, should be avoided.