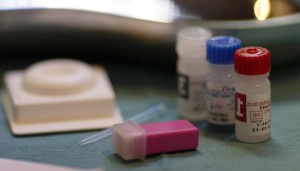 Infectious diseases and infections associated with sexual activity has increased nationwide, but Rhode Island believe this situation is caused by the rapid development of social media applications. Rhode Island Department of Health concluded that the rapid spread of sexually transmitted diseases in line with the rapid development of social media. According to them, within 1 year between 2013 and 2014, syphilis cases increased by 79% while HIV cases increased by 33%. This fantastic figure contributed by the increasing number of homosexual relationships. This fact led to the tens of thousands of deaths that could be avoided. However, Rhode Island has an optimistic attitude to solve this problem.

ingling out of LGBT demographics is a scientific bias that began during the Reagan administration and the growing religious right movement. As the president stayed silent on an unregulated epidemic for six years, media bias curved towards his representatives’ beliefs at the cost of care for those facing death and long-term health problems.

A constant refrain of condemnation combined with willful ignorance led to tens of thousands of unnecessary deaths.

The state’s health department also targets African-American, Hispanic, and young adults as growing demographics to face the STD resurgence. Director Designee Nicole Alexander-Scott believes that while “the progress we have made in reducing STDs and HIV over the years” has reduced some disease epidemics, “there is more work to do.”

Alexander-Scott reflects that “this trend reminds us that we cannot become complacent” in promoting safety. “We are fortunate in Rhode Island to have great partnerships among state agencies, community-based organizations, and healthcare providers to continue to educate, test, and treat for sexually transmitted diseases.”

As more people are tested, more instances of infection will be included.

Like many state and local governments, Rhode Island works at creating cost-effective testing and preventative steps. The Rhode Island Department of Education (RIDE) also speaks to high school students, offering a safe location for questions and concerns without parental knowledge. Besides the standard topics like condom and dental dam use and knowing a sexual partner’s history, RIDE wants to promote open communication.

“It’s never too early to learn about making HIV and STD testing part of routine healthcare,” said Rosemary Reilly-Chammat, a RIDE HIV/AIDS specialist. “Doctors and nurses are trained to discuss sensitive topics like sex, and conversations with them are confidential. Health educators at schools or community health centers are great resources too.”

And Rhode Island is simply following the national trend as high-risk behaviors result in serious consequences. But why single out “using social media to arrange casual and often anonymous sexual encounters” as a common refrain?

Newsweek wondered the same thing and investigated, looking for more context. While the numbers do match with the Center for Disease Control’s recent data, it’s not necessarily the complete story.

Dr. Brian Mustanski published a study indicating that online hookups weren’t necessarily the leading cause in 2007. He believes that “men who engage in high-risk sex with other men use the Internet as a tool for meeting sexual partners, not that meeting partners online causes high-risk sex.”

Many sites allow and prefer for users to upload sexual history and health documents to prove a clean status. The idea isn’t to break HIPAA laws, but to show that safety is paramount for the community. Hornet, for example, prompts users to update their status every three months. It doesn’t sound like Tindr or Grindr are problem because Hornet’s not alone.

Hula will direct a person to the nearest testing center to share with potential hookups and relationships. TIME reports that the highest percentage of infections occurred between the ages of 15 and 24. By “unzipping,” partners are overtly aware and able to trace back an infection to a source through digital means. Not exactly promoting unsafe sex. Mobile app Lavendr, run by STRV CEO David Semerad, is one of many internet dating facilitators as well.

Semerad helped to develop powerhouses like ChristianMingle, JDate, and Hornet, and knows how easy it is to implement code to promote safer and more secure data about sexual history. He suggests something similar to Twitter’s “verified” badge, something to identify a tested partner. The idea is to provide information without being intrusive.

And if companies take Mustanki’s advice of installing a GPS-directed pop up pinpointing the closest center, like Hula, the rising numbers will fall. Besides possibly needing motivation, the stigma and shame involved in testing positive or being seen entering a center must end.

Online dating and social media apps are not going to disappear. Instead of blaming users for looking to expand a social circle and find a partner, perhaps government agencies should work with the companies to offer advice and locations without condemning a segment of the population. Positive reinforcement works wonders in opening up communication and dialogue.

Previous PostTsunami Risk For California: The Seafloor Study Increases Alarm Next PostGrampa no more booze! Drinking may have cardiotoxic effects in elderly hearts

‘Earth 2.0′ will Human Beings ever reach