Home Business Nomad Up To Talks To Acquire Findus 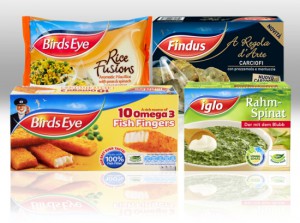 Nomad Up To Talks To Acquire Findus, Bird’s Eye fish finger maker Nomad Holding Ltd has confirmed to have started discussions with the frozen food Findus Group Ltd, focusing on the purchase of its continental European business and its brand.

The deal would follow London based Nomad’s agreement in April to purchase Iglo Foods Holding Ltd., the maker of the BirdEye frozen vegetables , for 2.6 billion Euros.

According to the data from Euromeoniter International, Iglo is the world’s second largest frozen food manufacturer, with 3.3 percent of the market in 2014.

Nomad’s spokespeople informed, “Nomad confirms that it is in exclusive early-stage discussions with Findus to acquire its continental Europe business and the Findus brand. There can be no certainty that these discussions will result in a transaction.”

Monday, Nomad said that a trading suspension that took effect following the announcement of the Iglo takeover announcements remain in place. The Company is now seeking a readmission as well as listing on the New York Stock Exchange.

Findus Europe has operation in France, where companies backed by Franklin have made investment including the Bolle glasses brand and ski equipment maker Rossignol Group, as well as Scandinavia and Germany.

Franklin built Florida based Jarden Corp. into a consumer empire valued at about $10.4 billion, while Gottesman co-founder hedge fund GLG Partners Inc. and sold the firm to Man Group Plc in 2010.

Funding of the deal

Nomad raised $485 million from an initial public offering in April 2014 to fund acquisitions in the food and beverage industry. At the time of Iglo acquisition, Nomad said it will raise about $750 million more from private placement to institutional investors.

Pershing Square, the hedge fund controlled by Ackman, disclosed that it owns a 21.7 percent stake in Nomad. Ackman has also backed Franklin at Platform Specialty Products Corp., the chemical producer which counts Pershing Square as its largest shareholder.

Buying Feltham, England based Iglo gave Nomad a business with sale of about 1.5 billion euros last year and earnings before interest, taxes, depreciation and amortization if 306 million euros.