The success rates of surviving any of four high-risk surgeries can vary by as much as 23 percent depending on what hospital patients use, according to an analysis released on Thursday.

The report – by the nonprofit Leapfrog Group, a patient-safety organization supported by large employers, and Castlight Health Inc, which sells software for employers to manage healthcare spending – shows that choice of hospital “can mean the difference between life and death,” said Leapfrog’s Erica Mobley. 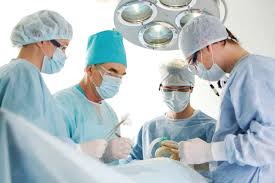 Rating hospitals has become somewhat of a free-for-all, with competing groups using different data and definitions of quality. Only 10 percent of the 844 hospitals rated highest by one rater were equally rated by even one of the others, found a study this month in Health Affairs.

“But when it comes to major surgery, it’s hard to think of an outcome more important than whether you live or die,” said health policy professor Dr. Ashish Jha of the Harvard School of Public Health, who was not involved in the Leapfrog report. “It’s amazing there is such variability in mortality from these common surgeries, and patients should know that.”

Leapfrog asked 1,500 hospitals for 2013 data on four risky surgeries, including number of procedures and patient deaths. It adjusted the numbers to come up with a “predicted survival” estimate for each.

For pancreatectomy (removing all or part of the pancreas, usually to treat cancer), predicted survival rates ranged from 81 percent to 100 percent. Of 487 hospitals reporting data, 203 had rates of at least 91.3 percent, which Leapfrog chose as the benchmark for quality.

For esophagectomy (removing all or part of the esophagus), expected survival ranged from 88 percent to 98 percent. Only 182 of 535 hospitals had rates of at least 91.7 percent.

The study didn’t analyze which kinds of hospitals – nonprofit or for-profit, in one region or another – excelled, but in general those that performed more procedures did best. National stalwarts such as Brigham and Women’s Hospital in Boston and the Mayo Clinic in Rochester, Minnesota, aced all four surgeries, but so did Hoag Memorial in Newport Beach, California, and Morristown Medical Center in New Jersey.